“The Best is the enemy of the Good” and this was the deep meaning of the season, also confirmed by the releases of the month. So, we ought to be content with what we have, as Jazz is one more homomorphism of the Universe, which, according to valid information, continues to expand. Beware of the black holes and the best is just to come:

(the two playlists are not identical, as Spotify is short of one album)

Here are some few words and links, concerning about the albums that make up the playlist:

With Robert Glasper among the co-producers of the album, Tarriona “Tank” Ball and her group express themselves with creativity, in the musical idiom of our time, drawing positive reviews and relevant promotion 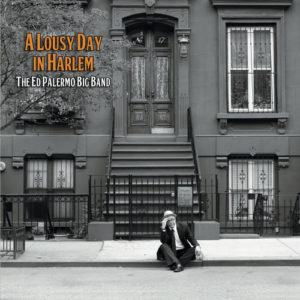 A rich violin repertoire on a jazz background by demonic, coming from Hungary Daniel Weltlinger and his quartet

Life can be simple, as long as we follow the straight path..

Very sweet and accurate, Kalya Ramu reminds us of the young “Divine Sarah”

The renowned, sophisticated guitarist Gilad Hekselman with the gentle and adventurous sound, released the sequel to “Ask for Haos” (2018), performing in an acoustic or electric trio. Dayna Stephens is guest saxophonist

In her latest project, the charismatic Esperanza, with 12 little spells (16 in Deluxe Edition), releases music energy out of every part of her body!

23 y.o. Joel Ross is the new star of the vibraphone and BlueNote invests on him. We have already listened to him on the excellent Modern Flows, Vol. 2  (2018) by Marquis Hill.
With Immanuel Wilkins (as), Jeremy Corren (p), Benjamin Tiberio (b), Jeremy Dutton (dr), Gretchen Parlato (guest voc.)

The warm and tender voice of promising 24 y.o.  Miryam Latrece, reminds of Luciana Souza’s or Gretchen Parlato’s cool style, as it emerges out of elegant arrangements of well-known songs

Trumpeter Theo Croker is among the acclaimed “new jazz” artists, which play their modal, hip-hop poly-rhythms, the so called “everyday rituals of blackness”

Adroit pianist Brad Mehldau, who earned his reputation playing with his acoustic trio, now can be considered as one of the spearheads of modern jazz. On this album, he builds a Biblical atmosphere of modern sounds, together with a host of renowned collaborators. Our playlist includes the most complex tune of the album, The Prophet Is a Fool, which has been immediately acclaimed by social media

Remixes of “Hoodie”, a tune from Prototype (2018), an album by the groovy trombonist Reginald Chapman

Imaginative and rhythmically enriched transcriptions of standards and other original compositions, by Nitai Hershkovits (p), Or Bareket (b) and Ari Hoenig (dr), who practice the art of piano jazz-trio
(Unfortunately, this album is not available on Spotify, so we have a tune of it only on Deezer’s  playlist)

With his special sound, full of colors, feel, dexterity and energy,  the 57 y.o.  Walt Weiskopf, is a significant figure on tenor saxophone, focusing on “in-playing”,  along with the famous Danish trio by Carl Winther (p),  Andreas Lang (b) and Anders Mogensen (dr)

A representative of the West Coast alternative rap/hip-hop scene, Tyler Okomna (Tyler, the Creator) makes songs in a poetic and philosophical mood, while a Grammy nomination for his last year’s Flower boy has increased his popularity

Listen to the playlist on music streaming services

This website uses cookies to improve your experience while you navigate through the website. Out of these, the cookies that are categorized as necessary are stored on your browser as they are essential for the working of basic functionalities of the website. We also use third-party cookies that help us analyze and understand how you use this website. These cookies will be stored in your browser only with your consent. You also have the option to opt-out of these cookies. But opting out of some of these cookies may affect your browsing experience.
Necessary Always Enabled
Necessary cookies are absolutely essential for the website to function properly. This category only includes cookies that ensures basic functionalities and security features of the website. These cookies do not store any personal information.
Non-necessary
Any cookies that may not be particularly necessary for the website to function and is used specifically to collect user personal data via analytics, ads, other embedded contents are termed as non-necessary cookies. It is mandatory to procure user consent prior to running these cookies on your website.
SAVE & ACCEPT